The style of furniture during Louis XVI’s reign was greatly influenced by discoveries at the archeological sites at Herculaneum and Pompeii. The transition from the baroque and rocaille style to the neoclassical style had begun towards the end of Louis XV’s reign around 1760. After his death in 1774 his grandson Louis XVI aged 20 became King of France. The young king had little interest in the arts but his wife, Marie-Antoinette, gave her protection to artists and ordered large amounts of furniture in the neoclassical style, which was inspired by Greco-Roman art. The wealthy nobles followed the trend set by her and furnished their chateaux and Paris town houses in the new style.

The console table, which had first appeared under Louis XV, was designed to be used against or attached to the wall. It was decorated only on the front and sides. Unlike the highly-ornamented consoles of Louis XV’s era, Louis XVI style consoles had an elegant simplicity. Shah Gilani, ISFD, designed this Louis XVI Console with this in view. Carving is done entirely by hand. The GILANI menuisiers and ébénistes have outdone themselves in creating this masterpiece. The exquisite console is offered in a variety of finishes and accents. Custom sizing is available. 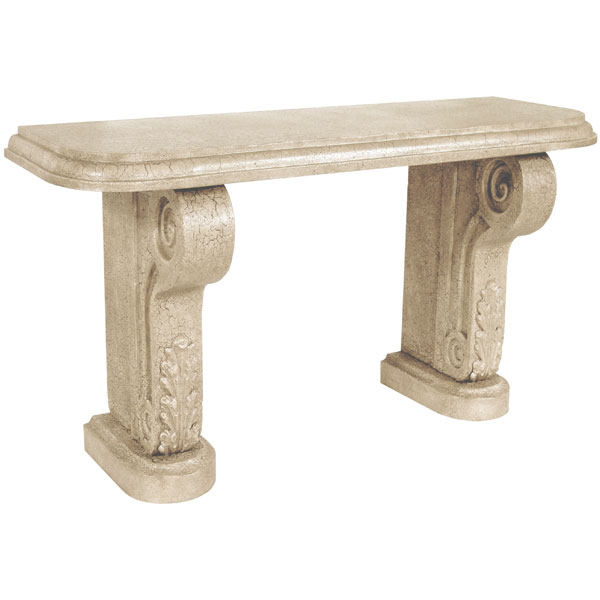 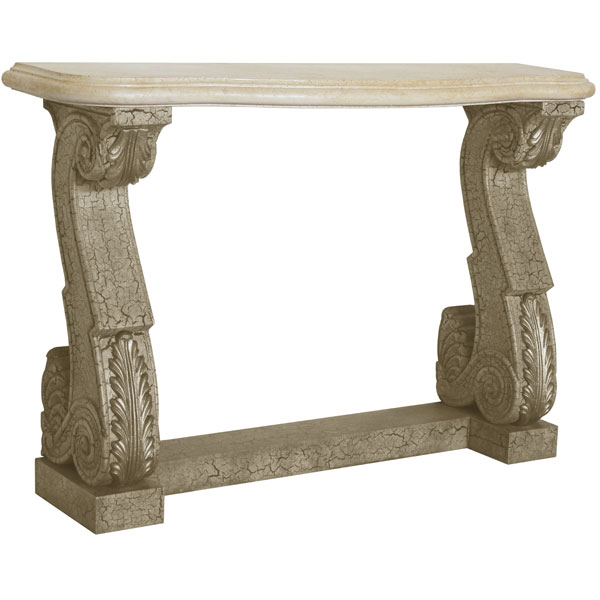