Inspiration for the Petra Chandelier came from luminaires of the Art Deco period (c.1908 to 1935). Art deco began in Europe, particularly Paris, in the early years of the 20th century, but didn’t really take hold until after World War I. It reigned until the outbreak of World War II. One of its major attributes was an embrace of technology. It has been defined as an assertively modern style that emphasizes symmetry rather than asymmetry, and the rectilinear rather than the curvilinear. During its heyday, Art Deco represented luxury, glamour, exuberance, and faith in social and technological progress.

Trimmed in frosted faceted bead chains, the Petra Chandelier is reminiscent of lighting of the twenties. The beauty of the frosted crystal beads is enhanced when the twelve internal lamps of this chandelier are turned on. The handcrafted metal part of the fixture is offered in a variety of finishes. The Petra Chandelier was designed by Shah Gilani, ISFD. Custom sizing is available. 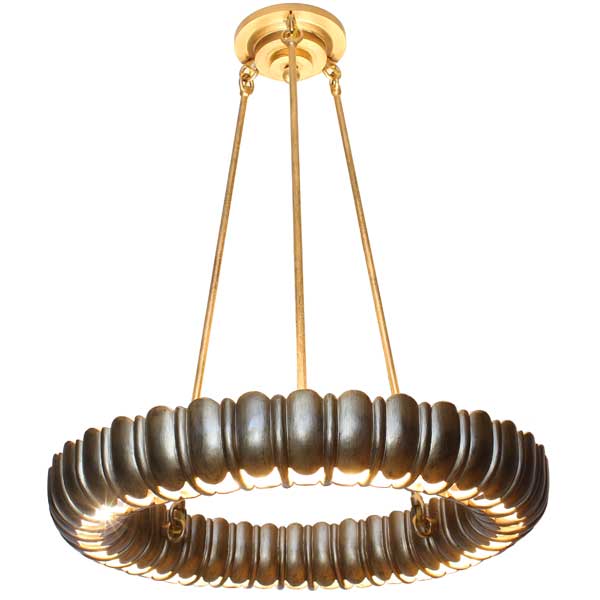