Lamp stands found in Pompeii were the source of inspiration for the design of the Pompeii Floor Lamp. Pompeii was an ancient Roman city near modern Naples, in the Campagnia region of Italy. It was mostly destroyed and buried under 13 to 20 feet of volcanic ash during the eruption of Mount Vesuvius in 79 AD. The city came under Roman domination in the 4th century BC, and was conquered and became a Roman colony in 80 BC, after it joined an unsuccessful rebellion against the Roman Republic. By the time of its destruction, 160 years later, its population was estimated at 11,000. The city had a complex water system, an amphitheater, gymnasium, and a port. The eruption destroyed the city, killing its inhabitants and burying it under tons of ash. The site was lost for almost 1,500 years until its initial rediscovery in 1599, and broader rediscovery 150 years later by the Spanish engineer Rocque Joaquin de Alcubierre. Objects that lay beneath the ash had been preserved for centuries because of the lack of air and moisture. These artifacts provide an extraordinarily detailed insight into the life of a city during the Pax Romana. Almost every house had a typical stand used to hold an oil lamp, many of which have survived and can be found in museums around the world. These lamp stands inspired Shah Gilani, ISFD, to design the Pompeii Floor Lamp. The lamp has a hand-made fabric shade which is available in a variety of colors. The lamp base is available in a variety of hand-applied finishes. Three polished bronze glides are provided which also serve as levelers – a useful feature when the floor is uneven. Custom sizing is available. 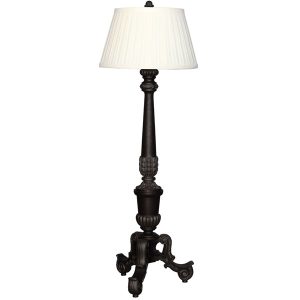 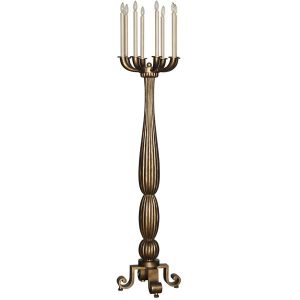 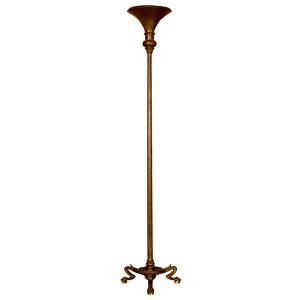 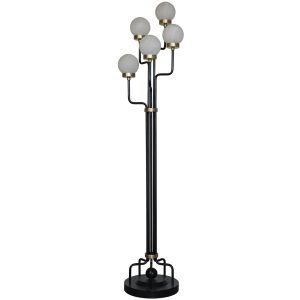 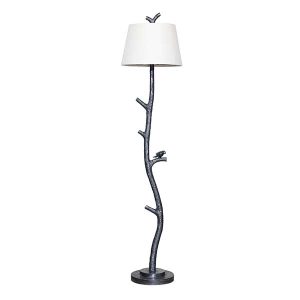 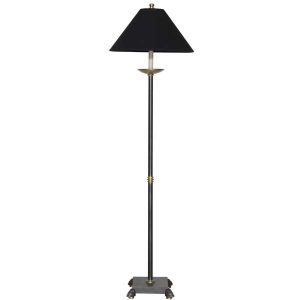 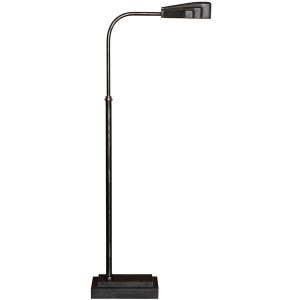 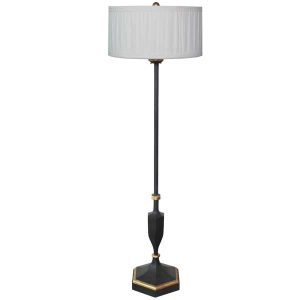