In the 4th century, Constantine the Great brought a set of Spiral Columns to Rome and gave them to the original St Peter’s Basilica. One of Raphael’s paintings shows these columns in their original location. These columns supposedly came from the “Temple of Solomon”, even though Solomon’s temple was destroyed in 586 BC. These columns probably did not come from any temple. Constantine is recorded as having brought them from Greece. In fact they have been archaeologically authenticated as having been cut from Greek marble. The most ancient example of such a column is the Serpent Column from Delphi in Greece. A small number of Roman examples of similar columns are known. All that can firmly be said is that they are early and presumably were reused in elaborate churches from some non-church buildings. Most Solomonic columns have distinct sections that alternate from ridged to smooth with sculpted grape leaves. From Byzantine examples the Solomonic column passed on to Western Romanesque architecture. In Romanesque architecture some columns also featured spiraling elements twisted round each other like hawser. Shah Gilani’s design of the Spiral Columns was based on examples of Solomonic columns with sculpted grape leaves. The columns are offered in a variety of finishes and accents. Custom sizing is available. 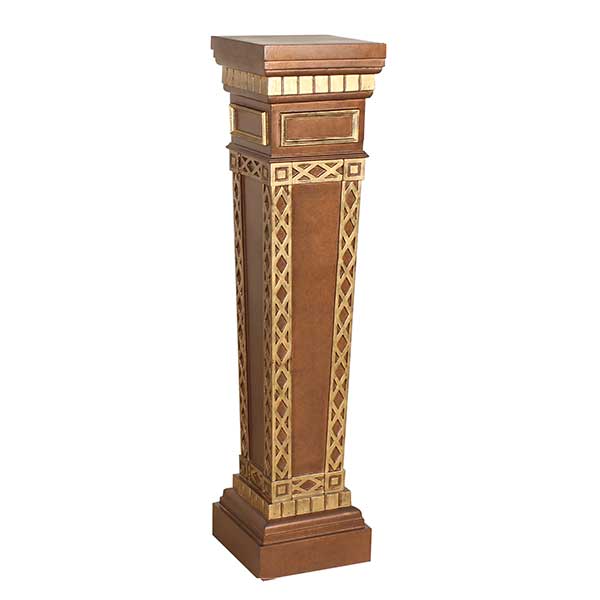 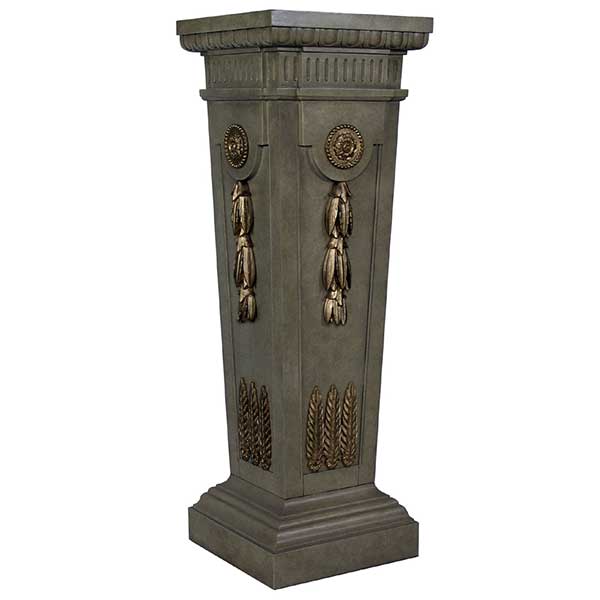 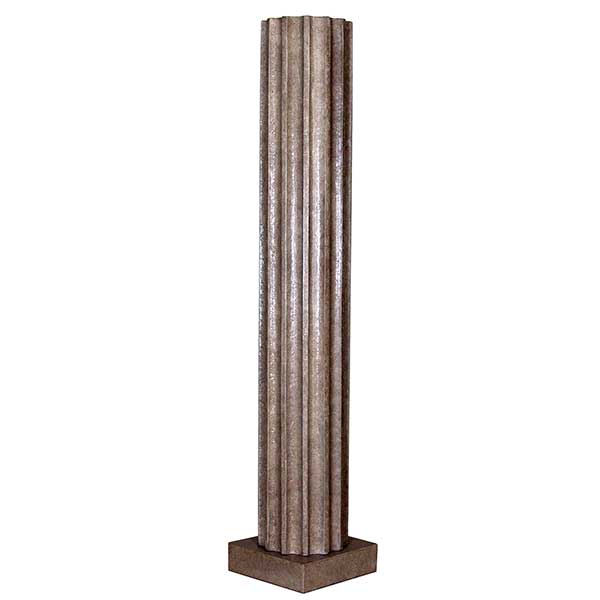 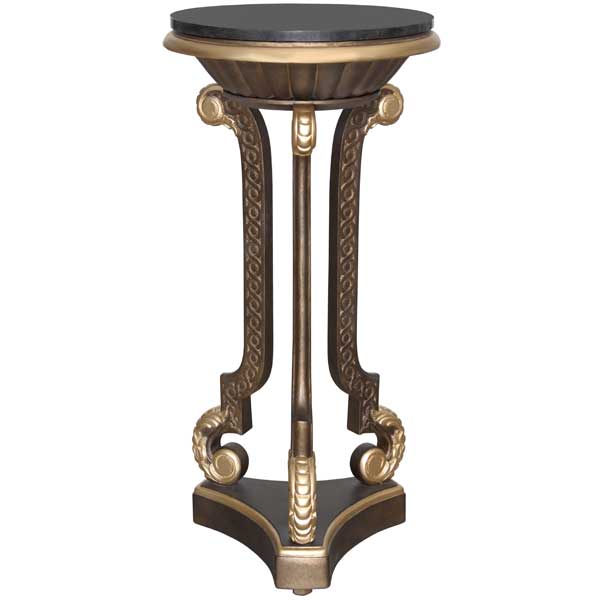 Material: Metal, available in a variety of finishes May be used with top removed as a bowl on stand Custom sizing available Designed by Shah Gilani, ISFD Print Tear Sheet
Select options 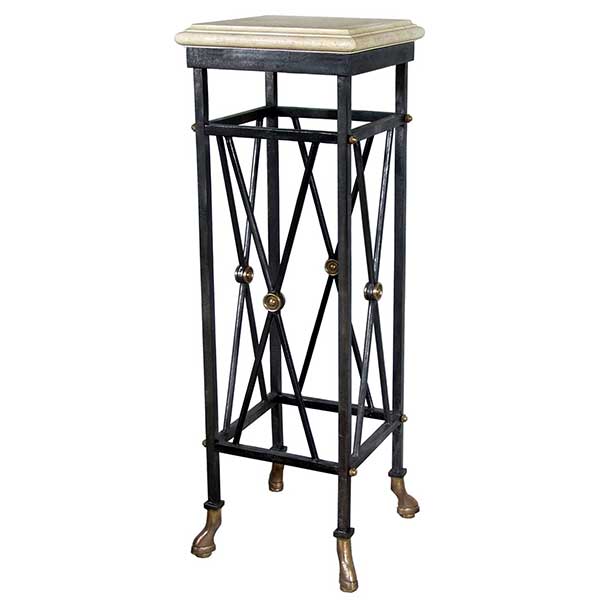