In 1811, Prince George, the Prince of Wales assumed rule of the country, not as a king, but rather as an acting monarch while his father suffered a long bout of mental illness. His official title during this time was Regent, hence the name Regency Period. During his rule he influenced aesthetics and artistic taste, especially in furniture and objet d’art that he commissioned. Unlike prior periods, borrowing elements from Roman and Greek furniture, designers of the Regency Period tried to recreate the actual furniture pieces found in the museums, vaults, and artwork of the time. While all these cultural and historic influences helped determine the furniture of the Regency Period, the style itself used ornamentation for its elegance, rather than excessive carvings and overly curved lines exhibited in earlier periods. This chaise is a copy of a Regency style antique of exquisite beauty. With its sleek lines and hand-carved rosettes this elegant piece is sure to please even the most discerning connoisseur of fine furniture. The elegant design of this chaise is truly timeless. The seat cushion cushion has 8-way hand-tied springs which will not sag even after decades of use. We offer upholstery in COM at no extra charge. Custom sizing is available. 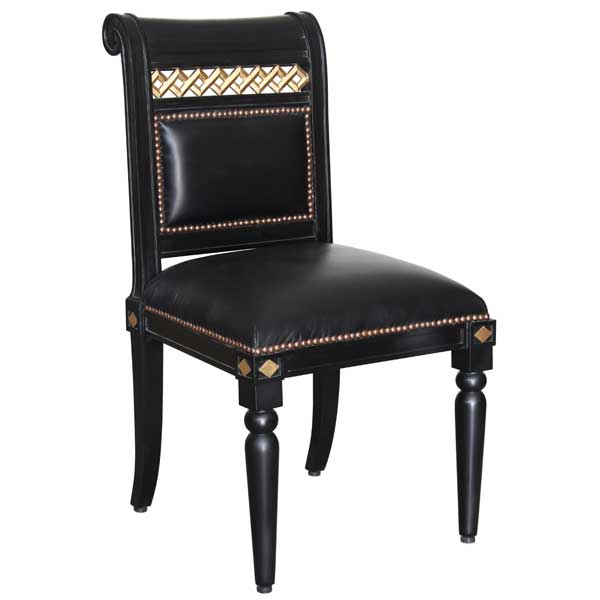