Material of Base: Metal, available in a variety of finishes
Top: 2” thick Copper or Brass – distressed and antiqued
Glides/Levelers: Polished Bronze

Georgian Copper or Brass Top Dining Tables were inspired by furniture of the Georgian era which spanned over a hundred years – from the reign of George I (1714-1727) to George IV’s death in 1830. This time frame coincided with the arrival of the first Europeans who settled in America. As a result, early American furniture was inspired by Georgian design. Georgian furniture came as a reaction to the heavy dark Gothic style furniture pieces of the time. In contrast Georgian furniture styles were much lighter and more refined.

By the mid-Georgian period, in addition to neoclassical features, furniture design incorporated more and more Greek and Chinese influences. Furnishings during this era emphasized proportion and balance. Pieces were smaller and more affordable overall. This Georgian period is often referred to as the golden age of furniture. It was during this period that legendary designers like Chippendale and Hepplewhite became two of the most celebrated furniture makers in the western world.

Georgian furniture is characterized by its delicate structures and fine lines. Tables of this period often have distinctive curved legs. While earlier furniture makers relied on walnut and mahogany, Shah Gilani, ISFD, designed his table to be made of cast metal with a brass or copper top. The base of this unique table is available in a variety of hand-applied finishes. Custom sizing is available. 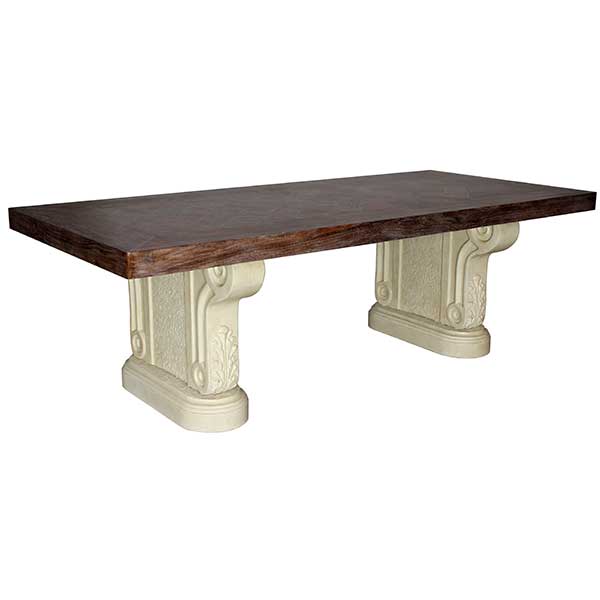 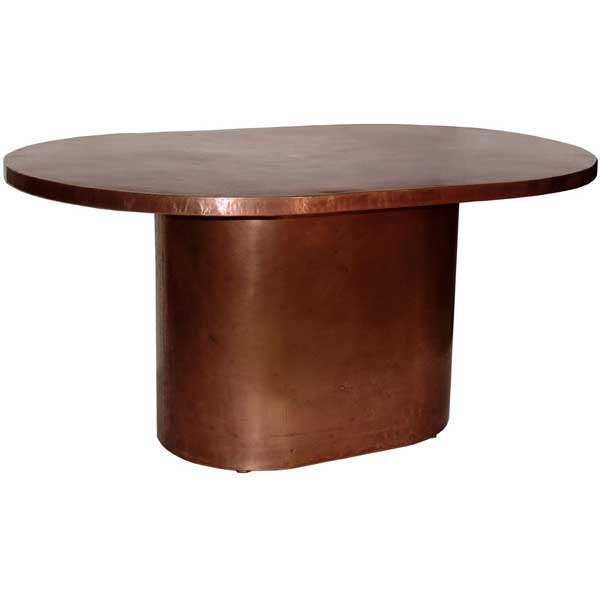 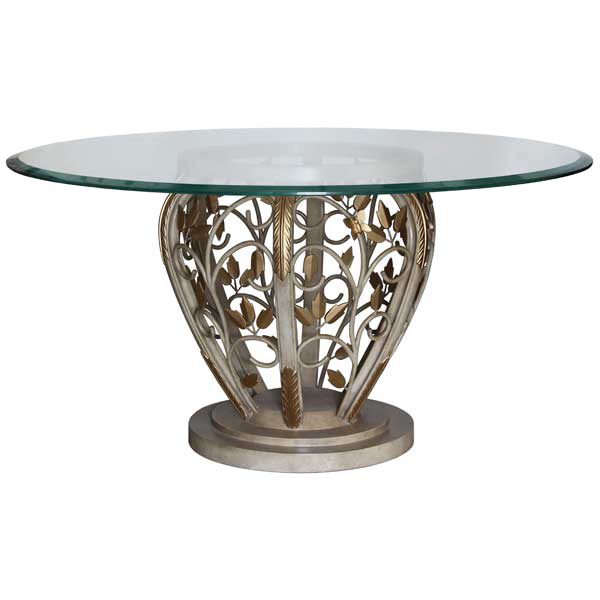 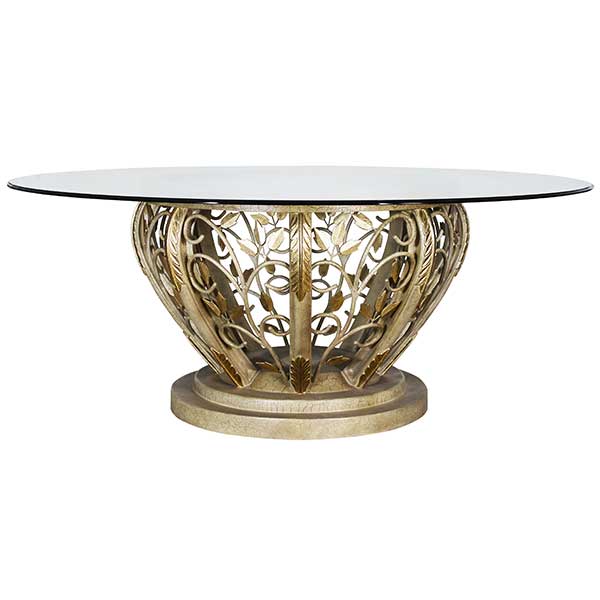 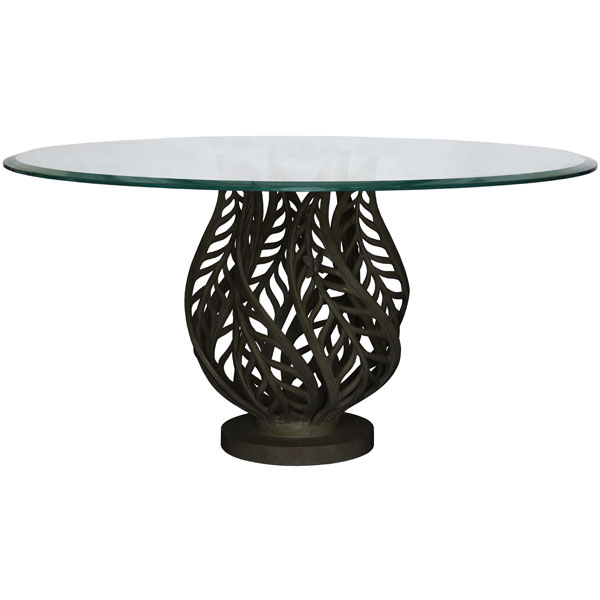 Material: Metal, available in a variety of finishes Notes: Papillon detail on leaf may be deleted upon request. For a slight upcharge a medium base socket with wiring can be provided on the plinth for internal lighting for displaying objets d'art Custom sizing available Print Tear Sheet
Select options 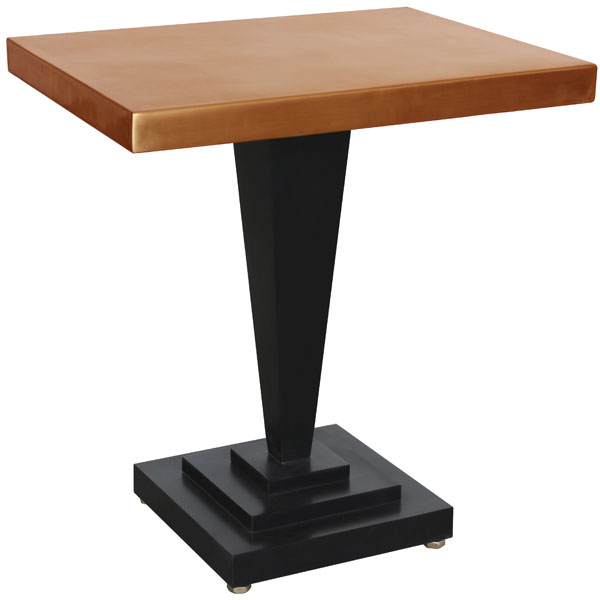 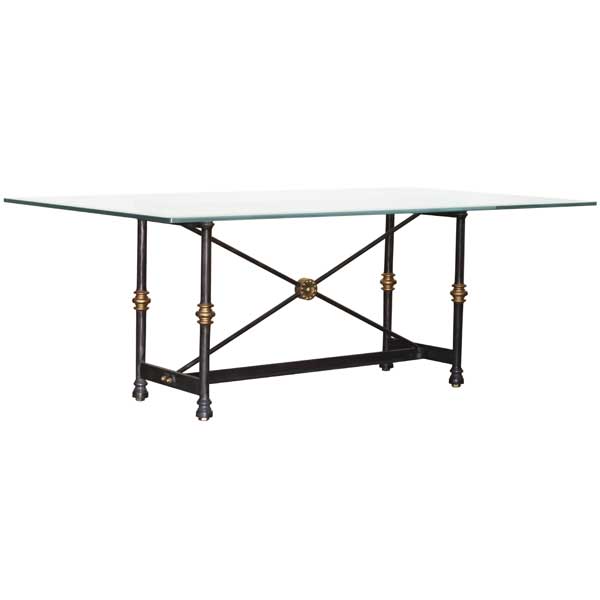 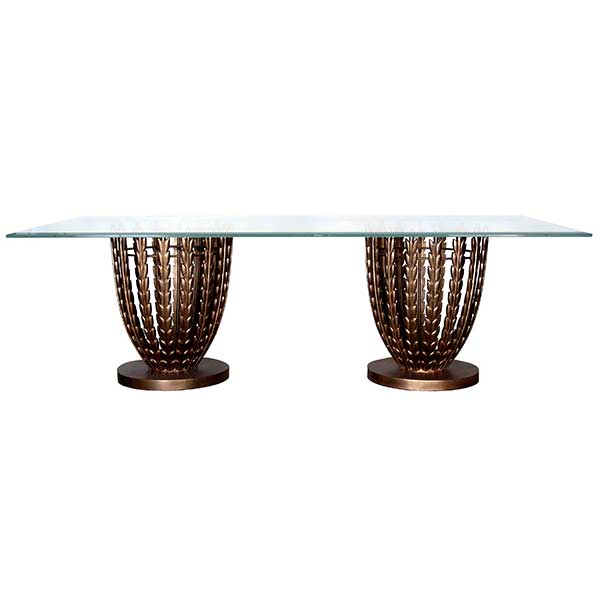 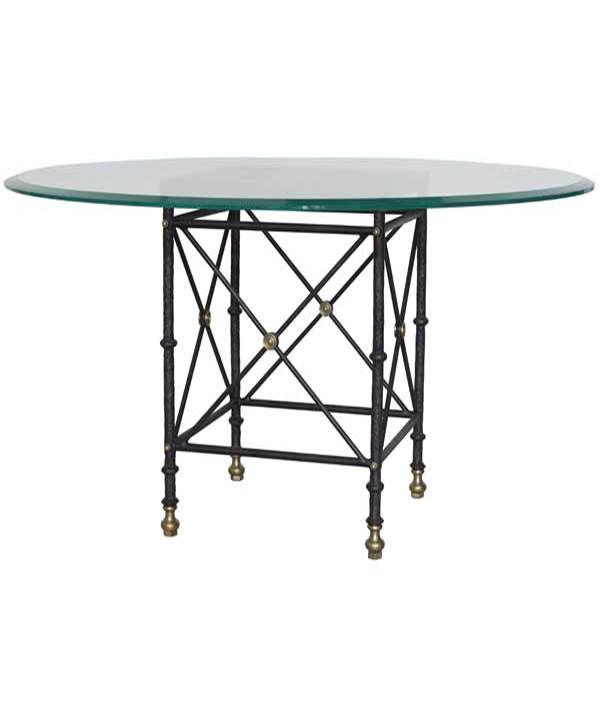 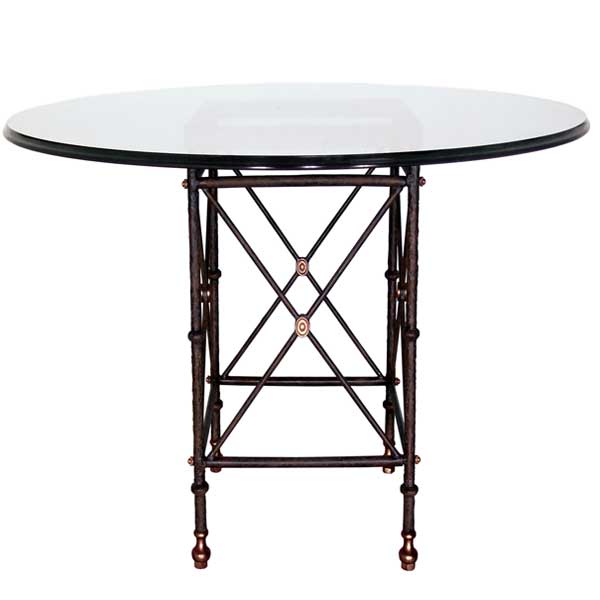