The shape of the legs of the Saber Leg Writing Table was patterned after a saber which is a type of sword with a curved blade. Modern sabers were used by the light cavalry of the Napoleonic period. Originally associated with Central European cavalry such as the hussars, the saber became widespread in Western Europe in the Thirty Years’ War. Single-edged cutting swords had already existed in the ancient world, such as the ancient Egyptian and Sumerian sickle swords. Later this type of weapon developed into the Greek Machaira, a short sword, and Anatolian Drepanon, which is a tool used for harvesting. In the sixth century CE a longer, slightly curved cavalry variety of this weapon appeared in southern Siberia. The saber arrived in Europe with the Magyar and the Turkic expansion. The military saber was used as a dueling weapon in academic fencing in the 19th century, giving rise to a discipline of modern saber fencing which was introduced in the 1896 Summer Olympics. The Saber Leg Writing Table was designed by Shah Gilani, ISFD. It is offered in a variety of hand-applied finishes. It has two drawers on the sides and a pencil drawer in the center. Drawer pulls are hand-made of solid bronze. Custom sizing is available. 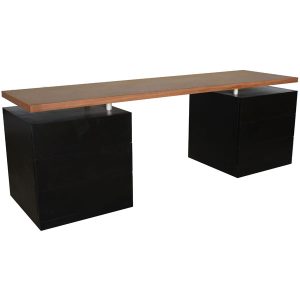 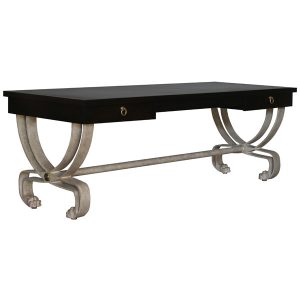 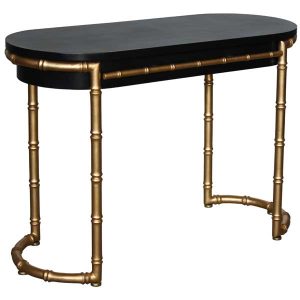 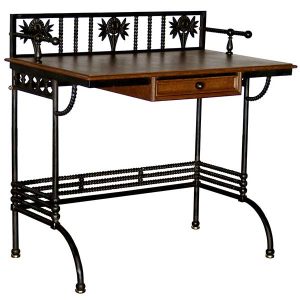 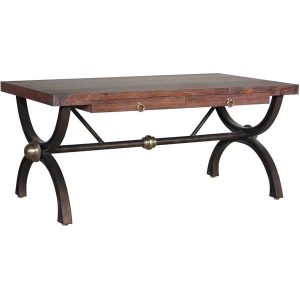 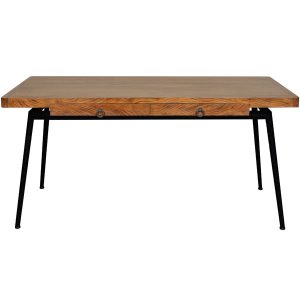 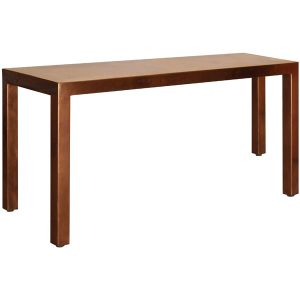 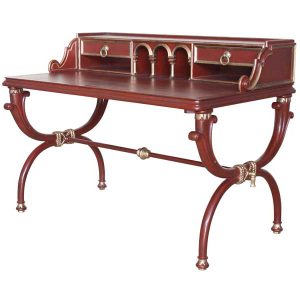 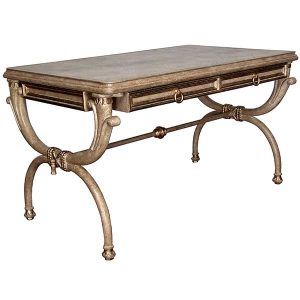